You are at:Blog»Features»Dzmitry: The Bahamas. Part 2. 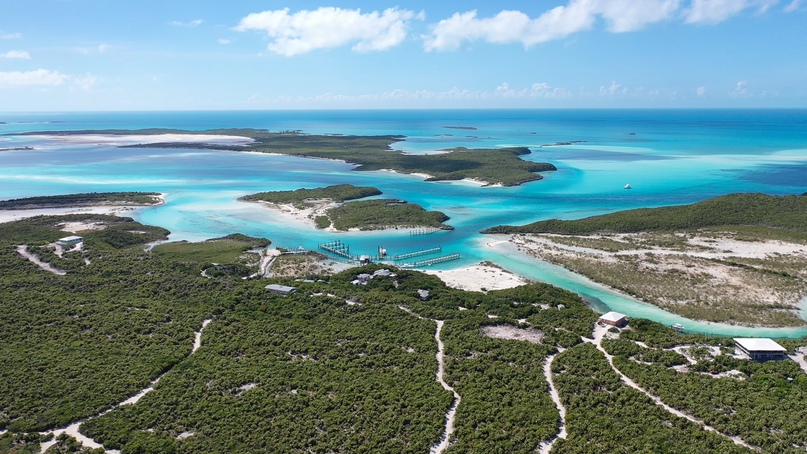 A private boat with a boatman-cum-tour guide took us on a tour briefly described in Part 1,  the tour was scheduled from 8 am to 4 pm.

In about 10-15 mins the boat will stopping by an island populated by iguanas. 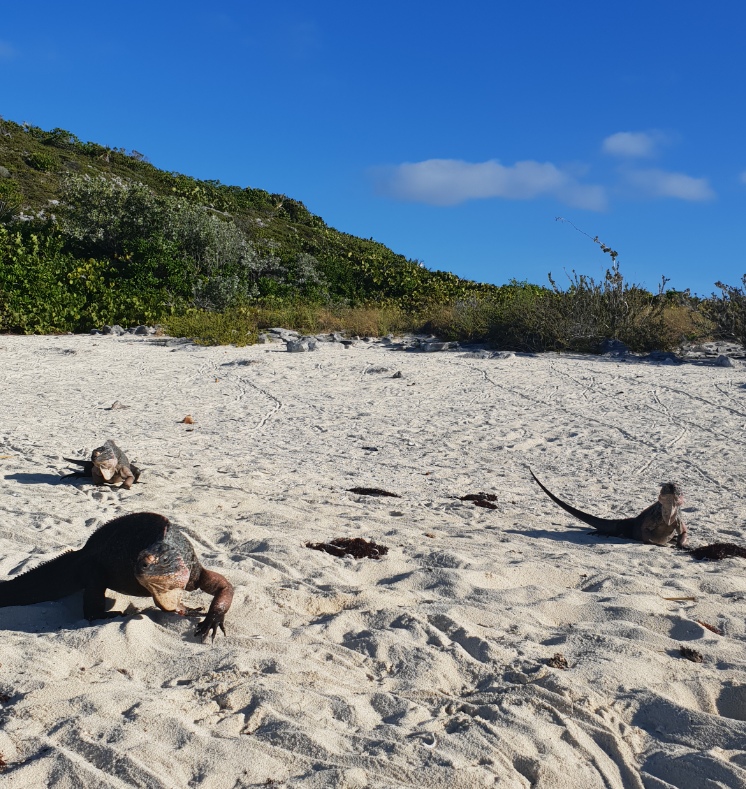 Having heard the approaching boat, dozens of large lizards are rushing to the previously empty beach, hoping to score some food.

The island itself isn’t at all remarkable, except for resident iguanas. I have no idea about their eating habits, but they happily snapped up some bread, courtesy of our tour guide. 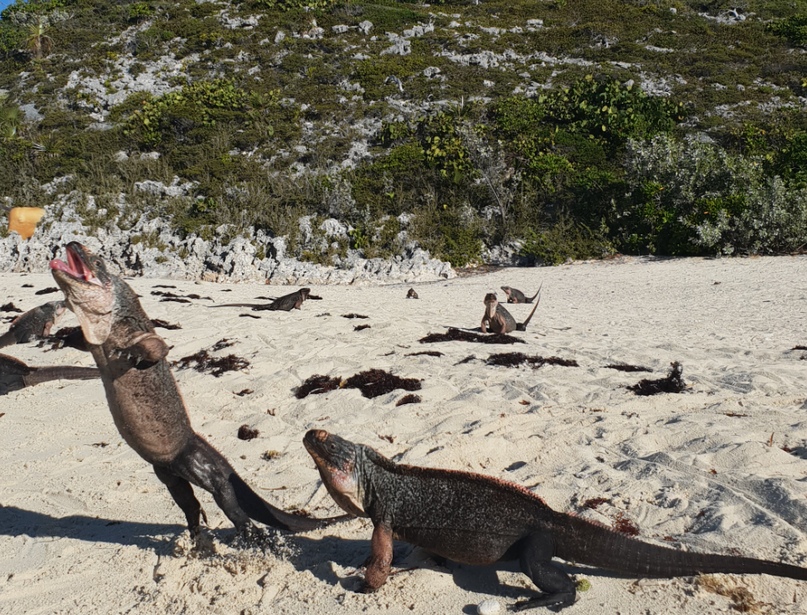 These creatures seem pretty aggressive as they fight for the scraps. These pigs are natural-born swimmers.

Another 20 minutes by boat and we reached Pig Island. This time around we saw a few tourists brought ashore by two private boats. I spotted about 15 pigs, large and tiny, roaming the beach – their diet mostly consists of fruit and vegetables. Apart from pigs, I sighted a cockerel and a cat. 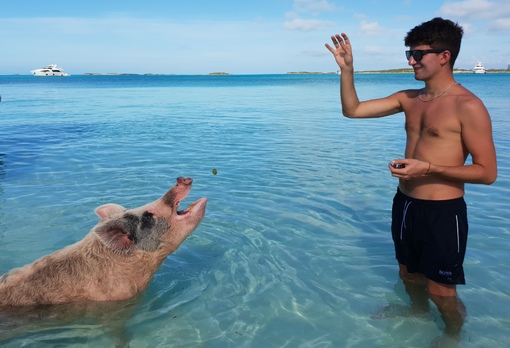 Took me ten times to toss it right.

Despite the fact, the the island is uninhabited, the beach was kitted out with a pig pen, containing a few pigs. 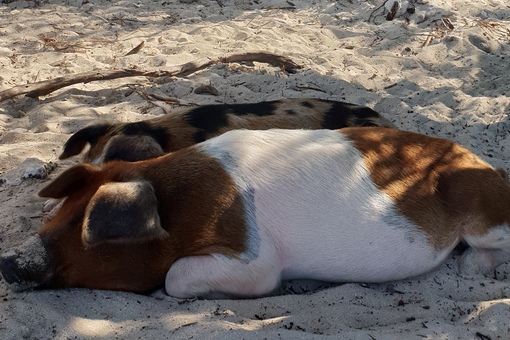 A large canopy provided a much needed shade for the island residents. I wonder what made those pigs go in the pen.

⠀Next – swimming with sharks.

The island was popular with other visitors, and quite a few boats were moored at the jetty. Dozens of tourists were enjoying the water, rife with incredible amount of exotic-looking fish, as well as nurse sharks, which by the way do not pose any threat to humans. For a fee of $10 paid to the local guys, you can enter the water to swim and snorkel. 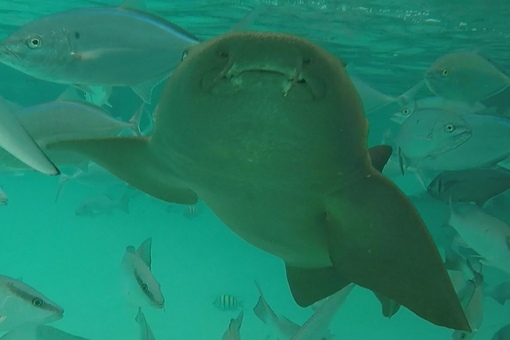 There were a lot of sharks keen to be pet.

I enjoyed some snorkelling too – it was really bizarre to see a shark going at you head-on at full speed, and turning away just a split second before seemingly inevitable collision.

Last stop –  Sandbar, a low-tide beach that forms naturally in the middle of the sea, disappearing with tide. Great place to sunbathe, relax and have a snack. Alas, our visit was cut short by rising water.

5 minutes ago this place was full of tourists – 5 minutes later and you could never tell there was a stretch of land.

All in all, I spent around 3 days on the first island, and after two flights and a boat ride I landed on Harbor Island.

Boat ride takes around 15 mins and costs 10 dollars per person. 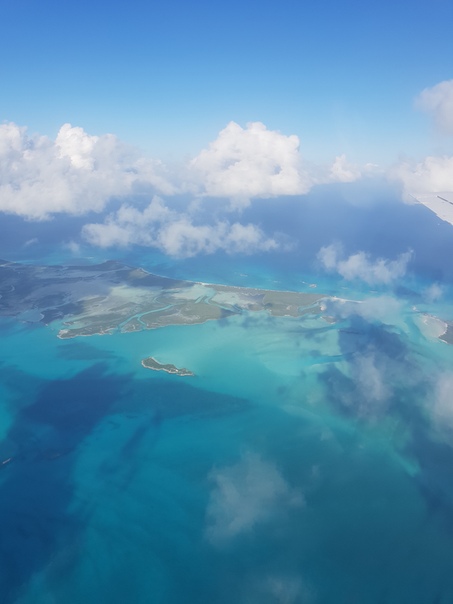 View from the airplane window.

By the way, it was impossible to book Flamingo Air plane tickets online, as I couldn’t even open a booking page due to a site error.⠀ 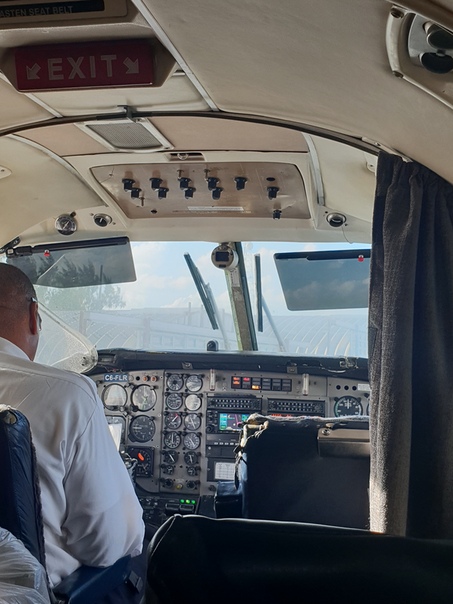 Pilot preparing for a flight.

Since this was my only travel option, I had to call the airline, and book tickets over the phone! I had to spell passengers’ details, route, date and an email address, and in return, i was sent a booking confirmation and a booking form. I had to print the latter, fill it out with personal details, including credit card info, and send it back (I am still half-expecting an unauthorised charge originating from some place like South Africa).

Harbour Island’s beaches are famous for having pink sand, and a quick search online showed these pic:

Hard as I tried, I couldn’t find any pink sand on the beach. I asked the landlady whether I was looking in a wrong place, and she told me that the sand isn’t actually supposed to be that pink, and only takes on pinkish hues at dusk and dawn.

When visiting the beach for the first time, I could only see a slight shade of pink when the waves retreated back. However when I came to the beach for the second time, I managed to see tiny pink particles, a million pieces of shattered coral.

Perhaps it’s fading with time, which could be the reason of such a stark difference between pictures online and the actual beach. Perhaps, it was stolen by tourists (which is a big no-no)? 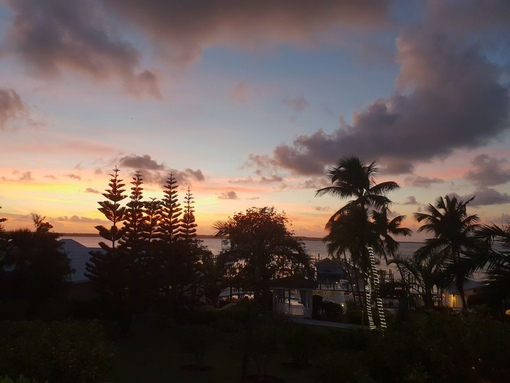 Stunning sunset in The Bahamas!

This island has a larger population, and is rather popular with tourists, boasting a number of hotels, dozens of restaurants, a petrol station, a museum, a post-office, a town-hall, slot-machine halls, and a host of other things.

For the record, the locals are prohibited to partake in any kind of gambling activity by law, including poker. 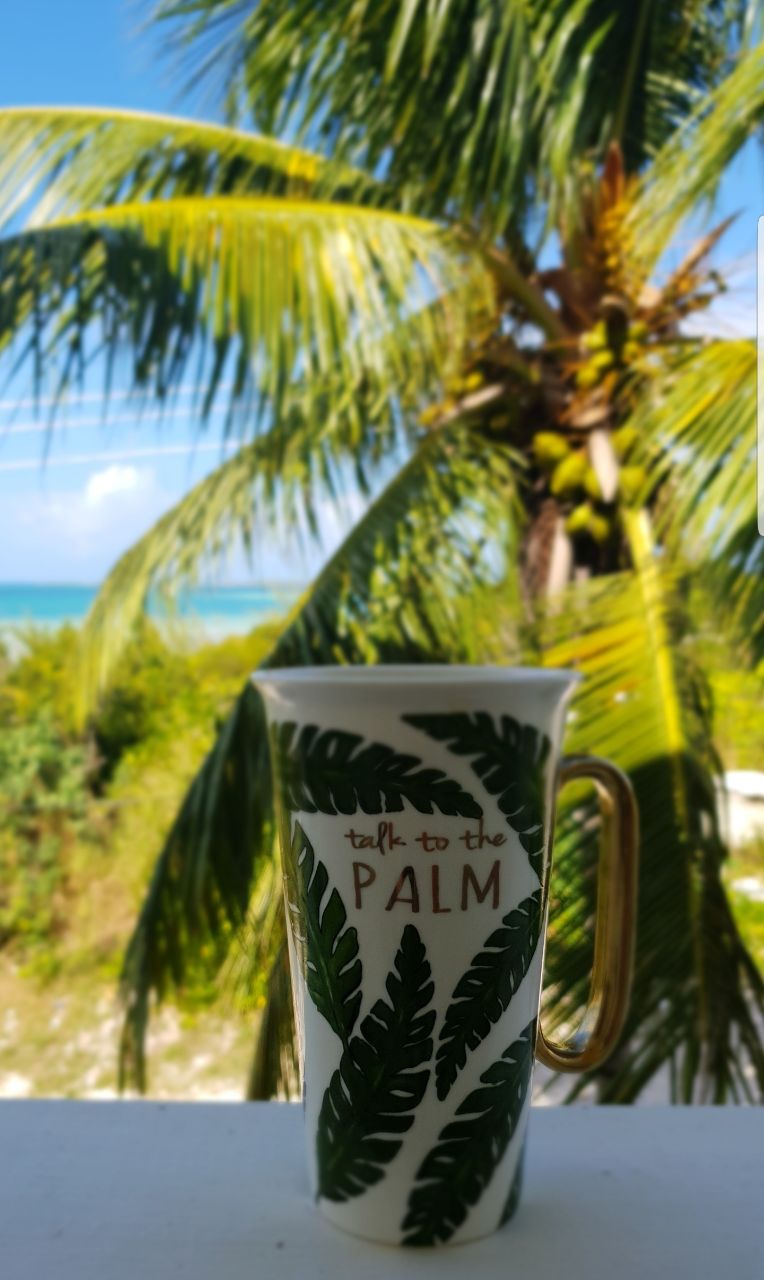 It’s the little things in life – I finally managed to find a cup of coffee!

This island wasn’t as friendly as Black Point, and the locals weren’t that keen on talking to passers-by. I was visiting a tiny shop and witnessed the following situation:

A customer is asking a shop assistant:

– What can you sell me for one dollar?

– I can’t offer you anything at this price.

– What about two dollars?

On this note, the shop assistant pulls a quarter-litre bottle of vodka from behind the counter, pours half of it into a plastic cup, and hides the cup back. Then he proceeds to give the customer a bottle of vodka with remaining 100 ml of booze in it, plus one cigarette.

One evening, after having dinner on the other side of the island, I had to face a 40 minute walk back to my hotel. Before I could walk a mere 100 metres I was hailed by an older couple driving a golf-car, who offered to give me a ride home. It was a welcome offer and I happily obliged.

Having bought a house on the island, this couple from Boston spends six months a year living here. They confirmed something my landlady once mentioned – they never lock the front door since crime is practically non-existent.

After 3 days on Harbour Island I flew back to the capital of The Bahamas for a week of poker festival. 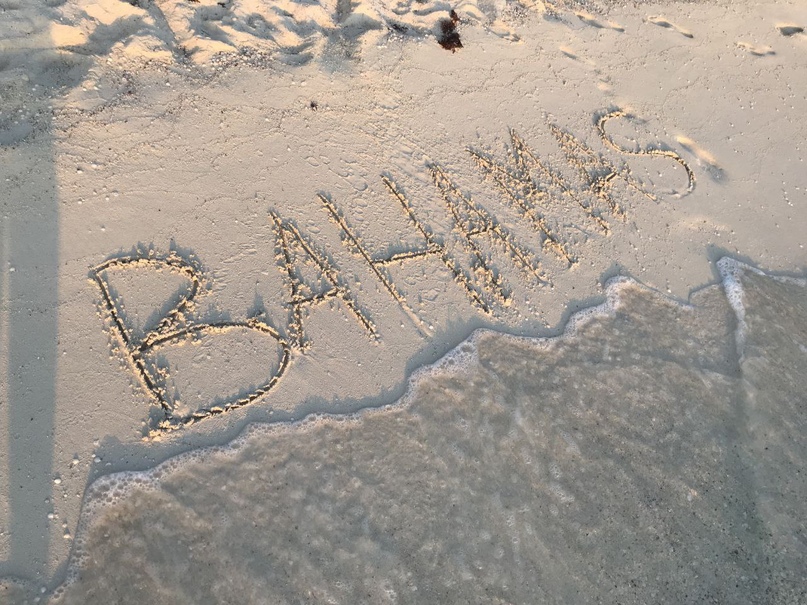